Skomer Island is off the South West coast of Wales and the temporary home (breeding season) to approximately 10,000 pairs of Puffins, the Atlantic Puffin (Fratercula arctica) and 300,000 pairs of Manx Shearwaters. Saw a lot of Puffins, but only slow Shearwaters. Slow as in too slow to avoid the predatory black winged gulls. The Puffins are remarkable characters, flying surprisingly fast for such little birds. A few facts to (courtesy of the puffin project) HOW FAST CAN A PUFFIN FLY? A puffin can fly 48 to 55 mph (77 to 88 km/hr). The puffin beats its wings rapidly to achieve this speed reaching up to 400 beats a minute. The wings can move so fast that they become a blur, giving a flying puffin the appearance of a black and white football. HOW MANY FISH CAN A PUFFIN CARRY IN ITS BEAK AT ONE TIME? Puffins can carry several fish back to their nest at a time. The average catch is around 10 fish per trip but the record in Britain is a whopping 62 fish at once! The puffin’s beak is specialised to hold all these fish. The puffin’s raspy tongue holds fish against spines on the palate, while it opens its beak to catch more fish. 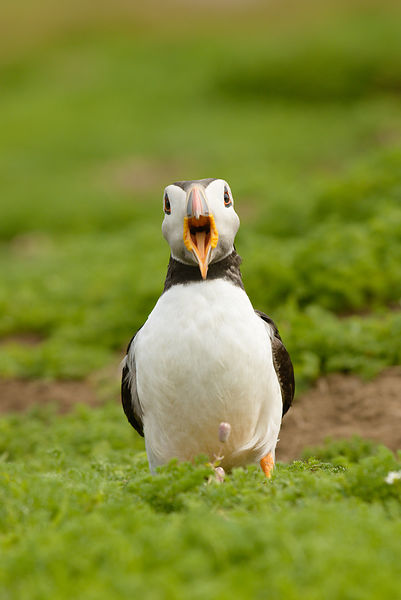 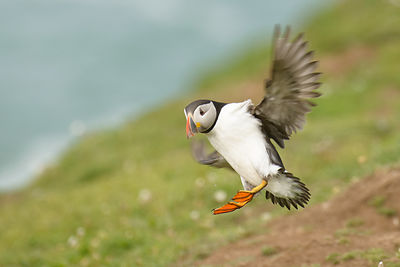 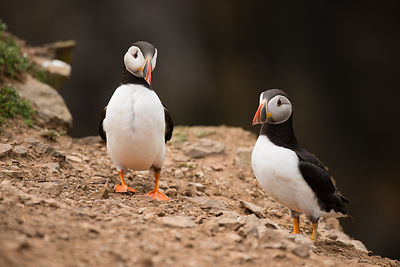 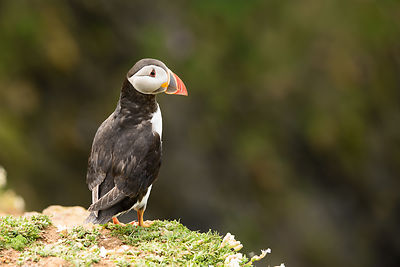 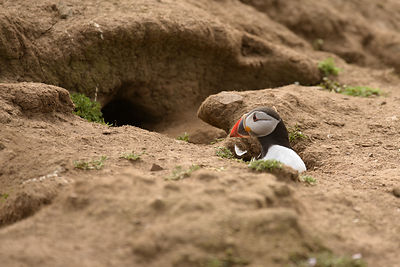 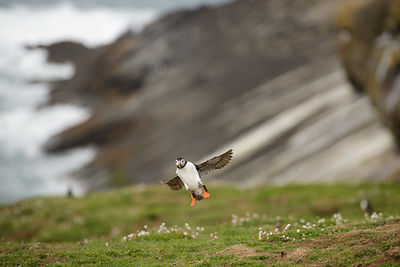 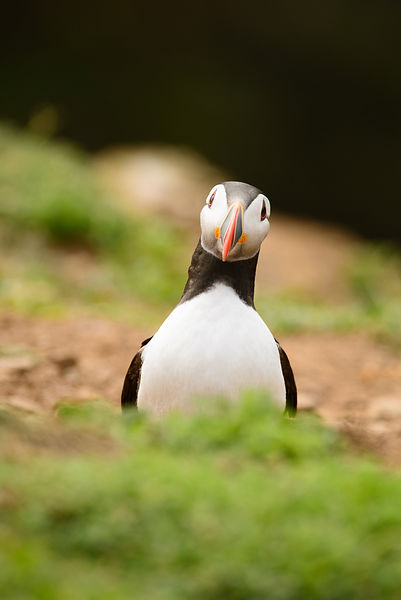 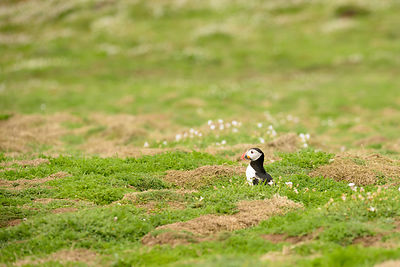 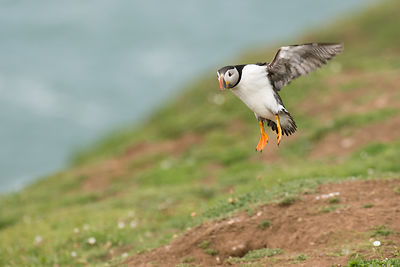 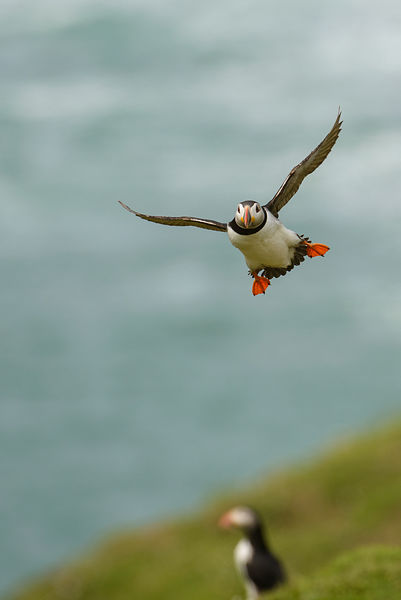 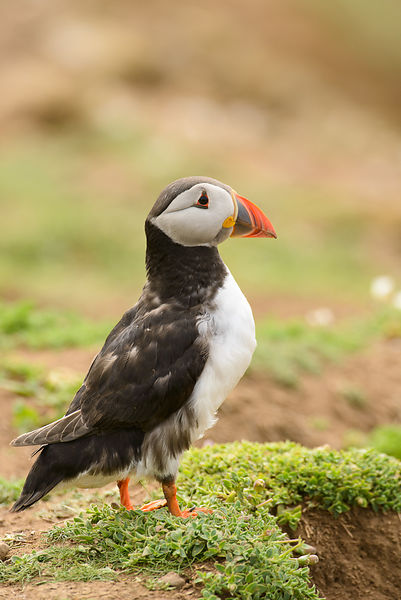 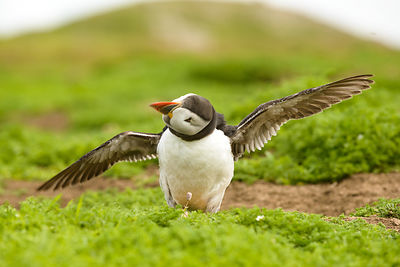 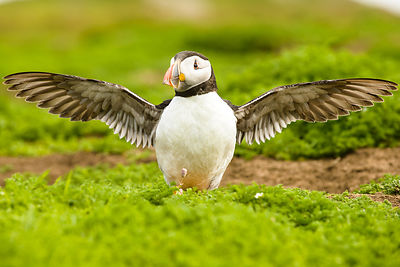 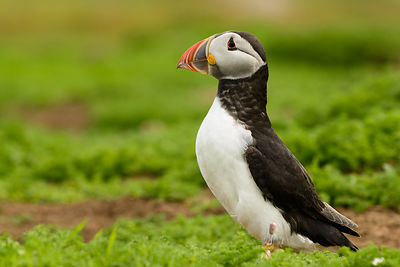 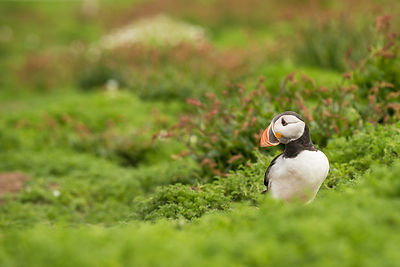